Bringing you the Magic of Coons 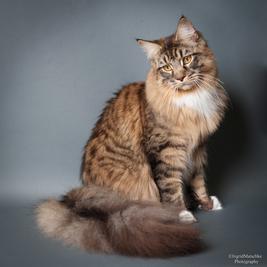 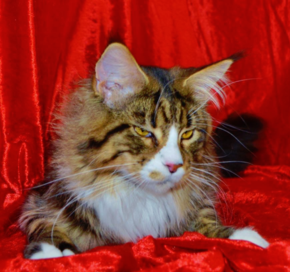 Our import boy from Croatia 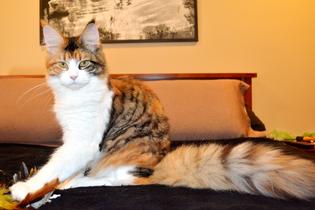 Rumplteeza Alouette joined our family in late June 2014 and quickly got under our skin and has won many hearts. She has a very happy personality. 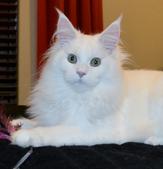 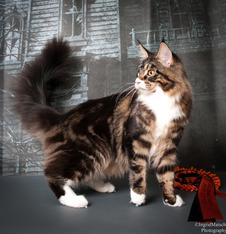 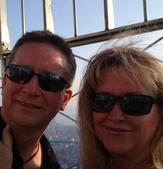 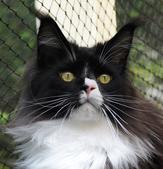 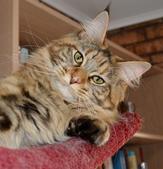 Thanks for dropping by, my name is Kim and together with my partner Chris, we are CoonMagic.

Our love affair started the day a little black and white kitten we named Indie came into our lives. Little did we know then that he would steal our hearts and provide us with so many beautiful antics. Indie is the King of our castle.

Of course we were warned that 1 Maine Coon is never enough and before the year was up we were welcoming another Maine Coon into our family. Apollo, who is affectionately named JD, is a stunning black silver classic tabby and white and is the jester, always full of antics.

As any person will tell you, Maine Coons are addictive and you can't just have one ... Fidelis Apollo aka JD arrived in November 2013

It All Started Here...

Having decided I wanted a Maine Coon the next step was finding an ethical breeder. After many months waiting Fidelis Indie arrived. Indie has an amazing personality.